After several phone conversations with Declo president Clint and secretary Mike, I was able to join them Saturday night for their charter party. I was made to feel welcome before I even got through the door and those guys are some really good cooks!

Several Rupert Lions were there along with Twin Falls president Nickie. I didn’t count Lions, but the room was full with Lions and spouses and everyone was having a good time.

I inducted four new Lions and gave out chevrons to several Lions for their years of service. 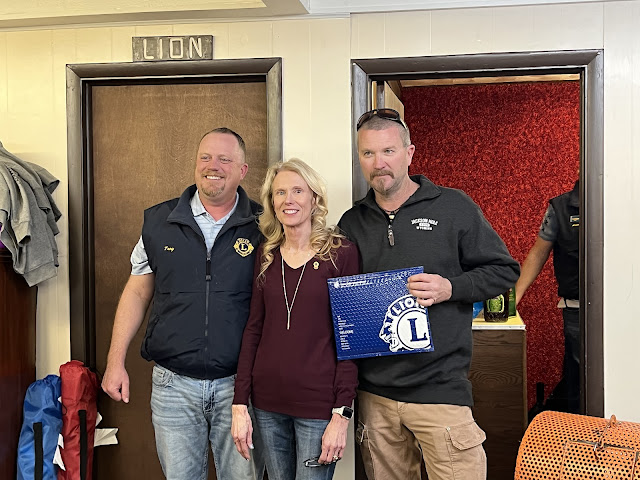 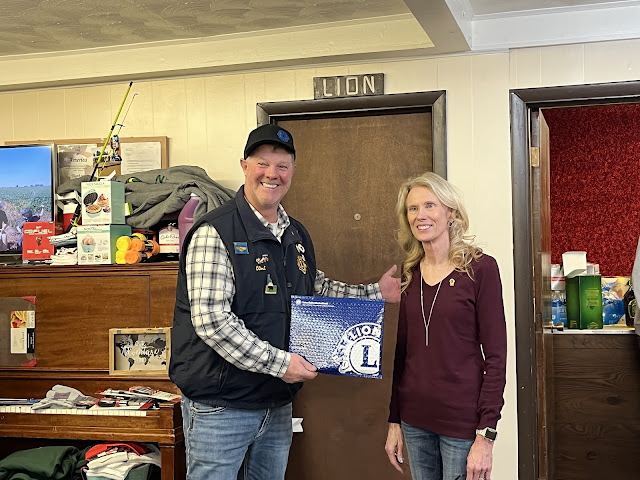 This new member missed the party. Clint thought we could photoshop him in later. 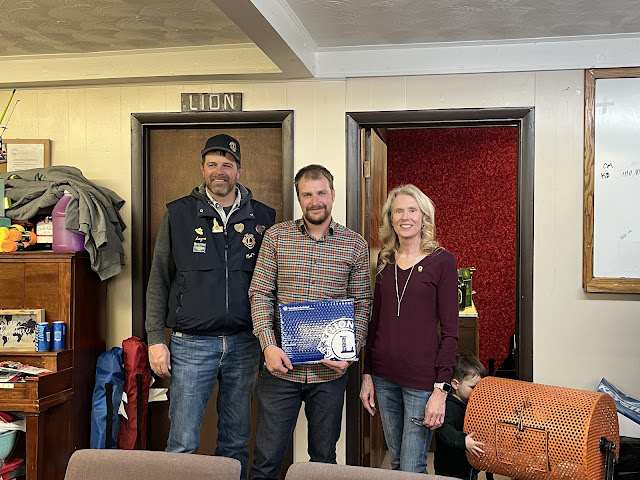 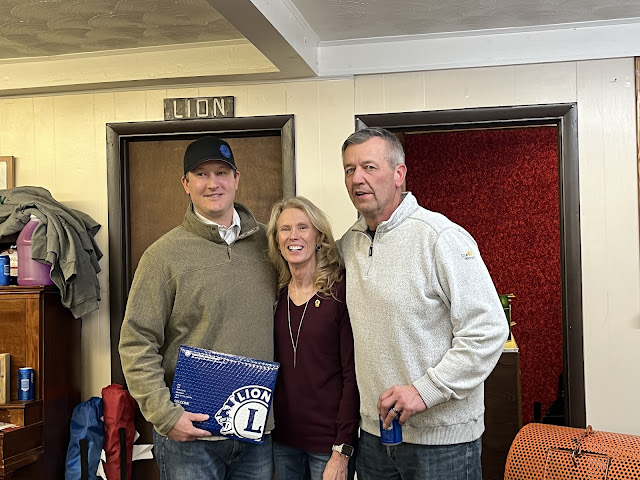 After the new member inductions, I gave out a few challenge coins. Clint wanted to honor a few of the “more experienced” Lions who have been serving for a few decades as well as a couple of more recent additions. So this group of five Lions received coins for their Service from the Heart. 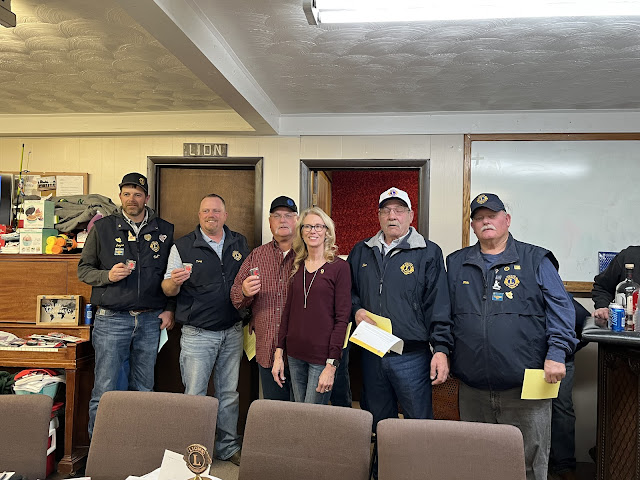 This was a fantastic trip to Burley and Declo. Two clubs doing tons of service their way.