By Lion Kathy D. June 24, 2010
Lions from several Boise area clubs hosted a booth at Wednesday's Alive After Five in downtown Boise.  The idea was to gain some exposure for Lions and possibly get a new member or two.

If you've never been to Alive After Five, it's Boise's summer concert series at the Grove Plaza.  But it's more than rocking to the music.  It's the place to see and be seen, the place for kids to cool off in the fountains, the place to have some pizza and beer...if you don't mind waiting in line!

The Lions had plenty of brochures to hand out to the people who stopped to talk or turn in their tickets for a  raffle of Idaho Monopoly games. Several people signed up to receive more information-maybe they will become Lions some day.  Or maybe they will just have a better appreciation of the work that Lions do.  It's all good.

Thanks to the Idaho Business Review who are generously sharing their booth space, Lions will have two more opportunities to meet and greet, on July 28th and September 15th.  Sign up for a shift and you may find a new Lion! 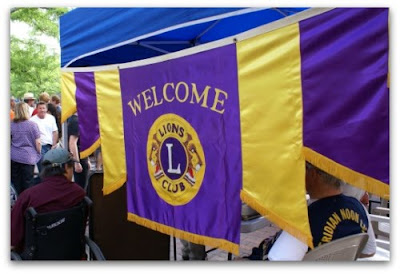 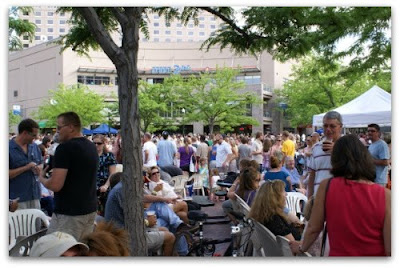 Photos from Olie Olson, Boise Bench Lions. (The guy who always has a camera!)  Thanks!