The challenge-sending kids to winter camp

Times are tough.  Budget cuts are looming around around the state of Idaho as the legislature begins its session.  I'm not getting on a soapbox about where the money should or should not be spent in Idaho, but I want to bring to your attention a potential shortfall that would affect some folks near and dear to the hearts of Lions-the students at the Idaho School for the Deaf and Blind.  Each winter the school sponsors a winter camp for kids.  Additional funds that may be needed this year would cover transportation and lodging costs of kids going to camp.  The money in jeopardy amounts to about $2,300.
Let's see....50 clubs in 39W.....$2,300......that's less than $50 per club....it seems obvious....

The Star Lions Club has pledged $100 (through club and individual donations) to help with the transportation costs to send the kids to camp.  They are issuing a challenge to the other clubs of District 39W to pledge at least $50 for this cause.   "Alone we can do so little;  together we can do so much."   Yes, that was Helen Keller who said that.

(To make a pledge or for more information, contact VDG Pat.)
Posted by The Lions at 8:08 PM 3 comments:

Who writes this stuff anyway?

When I started writing this blog for 39W, I thought I'd be able to keep it generic, "newsy", and pretty much anonymous.  That's kind of hard, if you expect someone to read it, too.  So I just write-and you end up with a few of my personal opinions and a "newbie" slant on Lions-I'm sure someone will pull the plug if I get out of hand.  So far no one's complaining.... And some of you are reading!  (Thank you very much!) So I'll just keep going....

Your 1st VDG Pat is going to be adding a few words once a week or so.  He's out and about quite a bit more than I am so he will have some news and views that I don't.  His name will be in the fine print under his posts, just in case you wonder who writes this stuff... 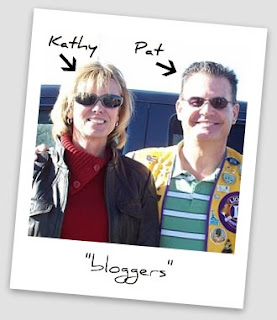 Lion Mary passed away on January 14th after fighting a courageous battle with cancer. Please join us in celebration of her life by attending the memorial service. We will be meeting at the Lions Eye Bank at 8:45 am., Friday the 22nd to carpool over. Please keep Lion Aaron and family in your prayers. Lions have lost a beautiful spirit, but now she is at peace with our Provider. We love you Lion Mary.

Last year those were my words, too.  I'd never attended before and didn't really know what it was going to be like.  But--I went anyway.  And I'm going again this year.  (See, that wasn't so bad...)

The Midwinter Convention is a time to get together with other Lions from other clubs and:

Any one thing on that list makes it worth your time.  But you've got to participate-you have to show up.  Learn more and register on our website.  See ya there!
Posted by The Lions at 10:53 AM No comments:

A birthday celebration-Melvin Jones would have been proud!

The Caldwell Lions Club celebrated Melvin Jones's birthday and Idaho Lions Day at their club meeting today at the Bent Fork in Caldwell.  Lion Loren Honstead told some stories about Caldwell Lions in the "old" days-where they've met over the years, when they first allowed women, being instrumental in bringing Christmas lights to the Caldwell golf course, and always, always being involved in the rodeo, even waaaaaaay before Lion Loren's time.

They also recognized their Melvin Jones Fellows, several of whom were in attendance.

No birthday is complete without cake-yum!  The local press was there for interviews and lots of photos. (But not these photos...)

Governor Otter has issued a proclamation declaring January 13th (the birth date of founder Melvin Jones) Idaho Lions Day!  Let everyone know you are proud to be a Lion-wear your vest, logo shirt, or pin and spend some time talking to your friends and co-workers about Lions Club and why you are a member!

Whereas, Lions Clubs International was founded by Melvin Jones in 1917 and now is the largest, most diverse community humanitarian service organization in the world; and

Whereas, Lions Clubs International has over 1.3 million members worldwide and over 3000 members in Idaho; and

Whereas, Idaho Lions Clubs determine the needs of the community by working with youth, seniors, Veterans, and the Sight and Hearing Foundation to create better neighborhoods; and

Whereas, Idaho Lions Club members make a difference by working with families as a charitable family-based organization; and

Whereas, Melvin Jones's birthday is January 13;

Mountain Home is having a party!

The Mountain Home Lions Club is having their Charter Party on January 15 at the American Legion Hall in Mountain Home.  Social hour begins at 6:00 pm with dinner at 7:00.  There will be raffle items, door prizes, an auction, skits, and entertainment.  It's only $9.00 to attend-so load up the car for the drive and have some fun with the Mountain Homes Lions.  Even our largest club appreciates your support!

I started off my year with a visit to the Boise Bench Lions Club today.  No reason, just wanted some Mexican food and to say "Hi" to some of my friends there.   It seems like I usually go visit there when I want something, but today I decided not to be a pest and just be quiet.  The point is, you don't have to have a reason to visit another club.  And I don't know about your club, but my club is always excited to have a guest. So make that one of your New Year's resolutions-"I hereby resolve to visit other Lions clubs-to promote, to share, to educate, to network".  Or just to have some Mexican food.
Posted by The Lions at 9:01 PM No comments:

There are several volunteer opportunities this month, starting this week.  Lions are needed to help with hearing and vision screenings in Nyssa on January 5, 6, and 7 and in Boise on January 12 and 21.  Contact Lion Ren Gardner for more information or if you can help.  Volunteers are also needed in Kuna on January 13-15 and 18.  Contact Lion Jack Graham.  Don't worry if you have no experience-there will be something you can do.

Edit:  Nyssa screenings have just been changed to January 19-21. 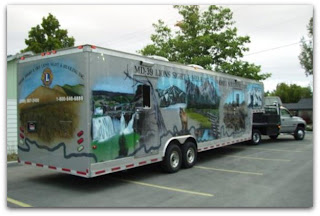 It's that time of year when everyone is looking back on the last 365 days and cataloging the best moments or events.  Here are of few of District 39W's highlights for 2009:

In February, the Special Olympics World Winter Games came to Boise, Idaho, and over 200 Lion and Leo volunteers joined together for Opening Eyes, helping screen hundreds of athletes for sight and vision problems.  International President Al Brandel made his second trip to Idaho for the event (he visited 39E earlier in the year).

The Boise Special Olympics Lions Club was chartered on February 8th and held their charter party in September and their first fundraiser in October.  I like their attitude!

Also in  February, 39W held the annual Mid-Winter Convention at Holiday Inn.  We learned that cocktail shrimp makes a great appetizer and dancing the Charleston is harder than it looks.  Records were set for the number of times an individual could be introduced, and if there had been a quiz after the weekend, everyone would have passed.


In June, the New Meadows Lions Club was chartered.

In July, District Governor Shirley Hazen took the reins of 39W, and encouraged everyone to fight hunger in Idaho with donations to food banks.

Also in July , Gary D'Orazio was elected International Director at the International Lions Convention in Minnesota.  Gary's oath of office contained the pledge:  "I will not tell bad jokes" but we can see how that is working out...

Ashley Seymour with the Boise Vista Club threw his hat in the ring for 2nd Vice District Governor.  It was probably a Bronco's hat.

In September, the new website was finally online, followed by the Facebook page, and this blog in November.  Just more ways to communicate...

I can't begin to mention all the service projects and fundraisers that took place!  With 52 clubs, there were a bunch!